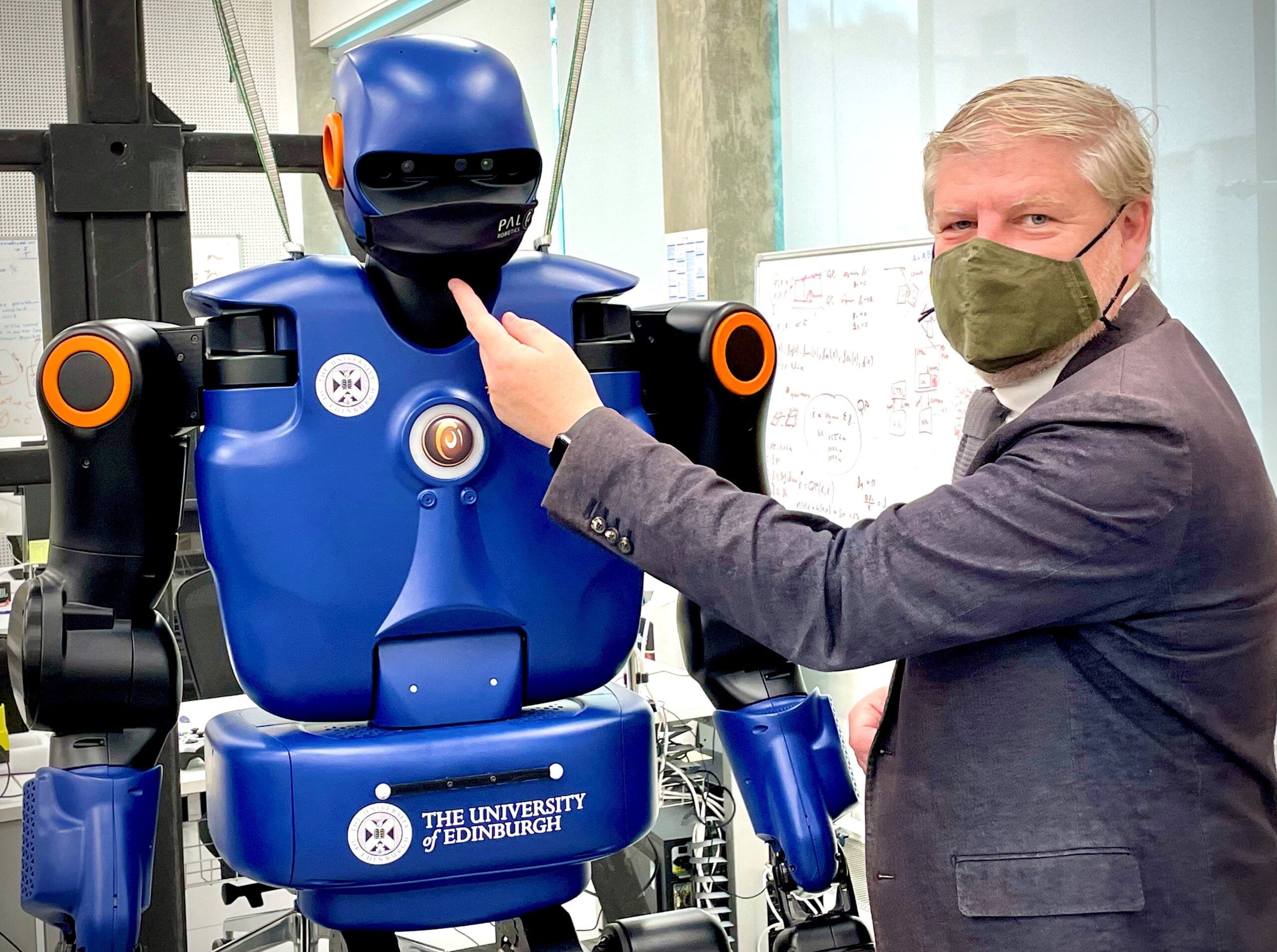 We look to Scotland for all ideas of civilisation,” is what the French philosopher and historian, Voltaire famously said about Scotland.

At the time he was referring to the Scottish Enlightenment movement and the renowned thinkers based in Edinburgh, who were challenging the common understanding of the time.

Fast forward to the present day, and Edinburgh remains a centre of new thinking about the way society – and everything in it – works. In particular, Edinburgh University’s Bayes Centre is exploring data science and artificial intelligence, bringing not only technological advancement but also raising ethical questions about the use of such technology in our daily lives.

The Bayes Centre, which is named after the early Enlightenment figure, Thomas Bayes, is home to a multitude of organisations, academics, businesses and robots… yes robots.

ndeed, while being shown around last week by Edinburgh University’s principal, Professor Peter Mathieson, Bayes Centre director, Dr Michael Rovatsos, and Robotarium director, Professor Sethu Vijayakumar, I had the pleasure of meeting a Nasa Valkyrie Robot – one of only three in the world.

Among other areas of research, the Valkyrie Robot is being developed with the idea it will one day be sent to Mars to build the things needed for human arrival and habitation. Mind-blowing or what?

The Bayes Centre has built a real community, too. The Cirrus supercomputer is available for use by anyone in industry and academia and prompts collaboration which, this year, resulted in the creation of over 100 new business start-ups. This is great for the economy and has meant Edinburgh is recognised as both a world-class academic and commercial centre for tech.

Unbelievably, Cirrus is not even the most impressive supercomputer in the Bayes Centre. The university has been awarded the contract to build and run Archer2, the next class of supercomputer. The sheer power and speed of this computer blows the doors wide open on a new era of life-changing scientific and industry research.

What’s more, this incredible work sits in a wider context of policy aims that will advance government and public services and will revolutionise everyone’s lives, both on and offline.

A partnership of the Scottish government, the Bayes Centre and others aims to make Edinburgh the data capital of Europe, creating 50,000 new jobs, upskilling 100,000 people and adding up to £5bn to the economy over the next 15 years.

The Scottish government has also updated its digital strategy and produced an artificial intelligence (AI) strategy for Scotland, which was created to guide the adoption of new technology going forward.

While discussions of data and AI policy might make some people’s eyes glaze over, at the heart of all consideration is making a positive impact on the lives of the people in Scotland, our society and economy as well as further afield too.

Indeed, at the launch of our AI strategy, Professor Stefaan Verhulst, of NYU’s GovLab, noted that “most AI strategies are motivated by the urgency to stay on top. Scotland’s strategy is as much informed by the need to help humanity itself, and that is to be applauded”.

Edinburgh is gearing up to be the data capital of Europe and a global leader in AI and other cutting-edge technologies. This is an enormously exciting time for this city in which world-changing work is being done.

This article first appeared in the Edinburgh Evening News on 17 August 2021.

Frequently arising issues: where I stand